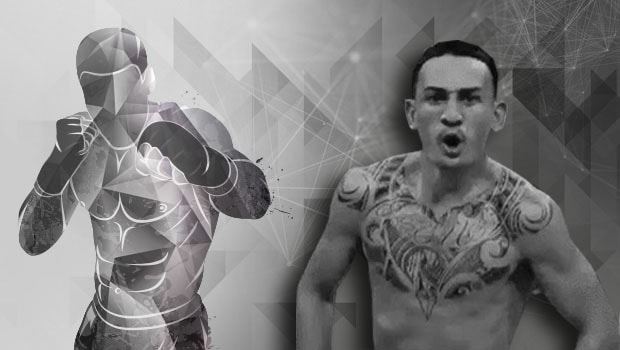 UFC featherweight champion Max Holloway claims he is ready to step up in weight in order to stamp his authority on the lightweight division and he has set his sights on Khabib Nurmagomedov.

The 26-year-old claimed the featherweight title by beating Jose Aldo in June 2017 and he successfully defended the strap in a rematch with the Brazilian in December.

Back-to-back victories against Aldo have established Holloway as the number five ranked pound-for-pound fighter in the UFC and helped to rebuild his career.

After losing to Conor McGregor in August 2013 Holloway has enjoyed a 12-fight win streak and he has been tipped to take on the Irishman again.

The Hawaii-born featherweight must face number one contender Brian Ortega in his next trip to the Octagon but he is already looking at potential opponents beyond his fellow American.

Holloway has revealed that he would rather take on lightweight Nurmagomedov, who will face interim champion Tony Ferguson at UFC 223 next month, and claims he is happy to step up to 155 pounds in order to secure the fight.

“You know, everybody keep talking about me and a guy too. That Irish man [Conor McGregor].

Everybody want to see us run that back, everybody seems to not be talking about Khabib [Nurmagomedov],” Holloway said.

“I want Khabib. You know, to be the best you got to beat the best and one of those guys is Khabib.

A lot of guys draw Tony [Ferguson]’s name. I remember Tony saying that he wanted to come down to 145-pounds, but they all can stay up there.