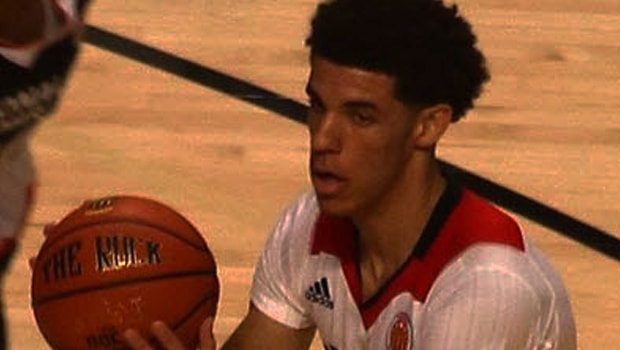 Lonzo Ball may not be the headline name at the Los Angeles Lakers following LeBron James’ arrival but Isaiah Thomas believes the 20-year-old still has a big future in the NBA.

Ball was signed as the new face of the Lakers after being drafted second overall by the franchise last year, and he has seen the team develop from a young side into potential title challengers ahead of the upcoming campaign.

However, the point guard may have to play second fiddle for much of the new season following James’ high-profile arrival from Cleveland Cavaliers.

Denver Nuggets star Thomas, who spent the second half of last season with the Lakers, admits Ball still has things to work on if he is to develop into a player of James’ level, although he is convinced the youngster has a big future in the NBA.

Thomas told Clutch Sports: “Lonzo is a great kid. I don’t think they’re going to be able to fix his jump shot, but they can work with him and get it better than how it is right now.

“He’s a talented, talented young player that’s going to be special in this league because he has the tools to be special.”

The Lakers finished 11th in the Western Conference last season and they have not reached the playoffs since 2013, although with James and Ball now working in tandem, they are priced at 10.00 to claim the NBA Championship this term.