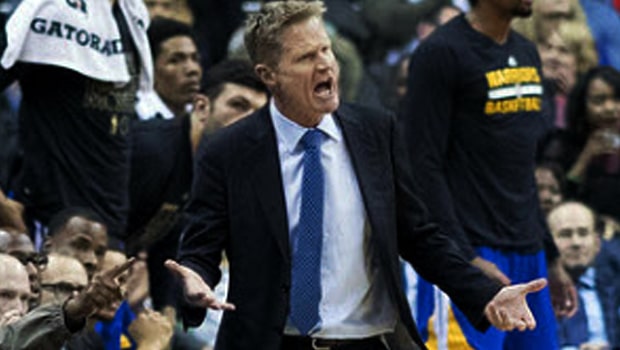 Head coach Steve Kerr was pleased with his team’s performance even though the Golden State Warriors suffered an overtime defeat to the Toronto Raptors on Thursday night.

It was billed as a heavyweight contest at the Scotiabank Arena and that certainly proved to be the case, as Eastern Conference leaders Toronto secured their seventh consecutive win by seeing off defending NBA Champions Golden State 131-128.

Kawhi Leonard and Pascal Siakam scored a combined total of 63 points to set the Raptors on their way, while Kevin Durant was the star of the show for the Warriors, as he notched a game-high 51 points.

The defeat ended Golden State’s own three-match winning streak, but Kerr was not too downbeat after the match, as he felt his team contributed to what was a high-quality contest.

“What a game. An incredible basketball game for the fans to watch. We came up just short,” Kerr explained.

Golden State were once again without star man Steph Curry for Thursday’s defeat, as he missed his 11th consecutive game due to a groin injury.

However, the two-time MVP is expected to return to the court during Saturday’s clash with the Detroit Pistons, while Kerr confirmed that power forward Draymond Green is also closing in on full fitness following a toe issue.

“Obviously we’ve been looking forward to getting him (Curry) back but I’m proud of the way the guys have fought without him,” Kerr added. “Hopefully Draymond won’t be too far behind him.”