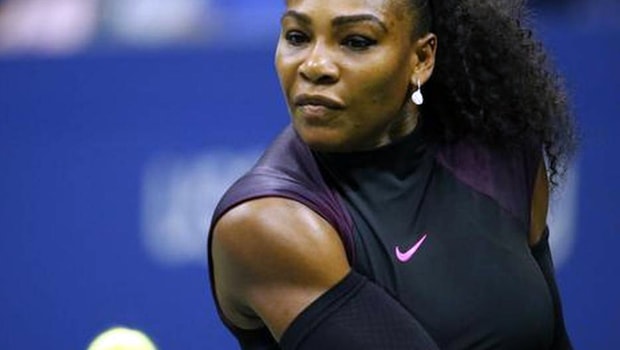 Serena Williams admits she is “excited to be back” after taking the latest step towards defending her Australian Open title next month.

The American defeated sister Venus in the 2017 Melbourne final, a match where it subsequently emerged she was pregnant. 2017 has been a landmark year for her away from the court, both getting married and giving birth to her first child.

Four months after the birth of her daughter, Olympia, Serena played her first competitive match since winning her 23rd Grand Slam on Saturday, taking on French Open champion Jelena Ostapenko in Abu Dhabi.

The Latvian dominated the opening set of the exhibition match but Williams found her form in the second.

However, Ostapenko claimed the tie-breaker to complete a 6-2 3-6 (10-5) victory at the United Arab Emirates. Earlier this month, Australian Open director Craig Tilley has said Williams is “very likely” to defend her Melbourne crown and it appears she is heading in the right direction in her preparation.

Serena is the 4.75 favourite to win an eighth Australian crown and is 4.33 to reach the same tally in July at Wimbledon.

The 36-year-old admits she is enjoying the process of her journey back towards the top of the game and although she has other things to things to think about, believes she is returning at the right time.

“I’m excited. It’s good to be back on court, this is such a good time for me,” Williams, 36, told Eurosport.

“Motherhood is phenomenal. I was a little worried out there – I looked at my camp and asked, ‘Is Olympia OK?”