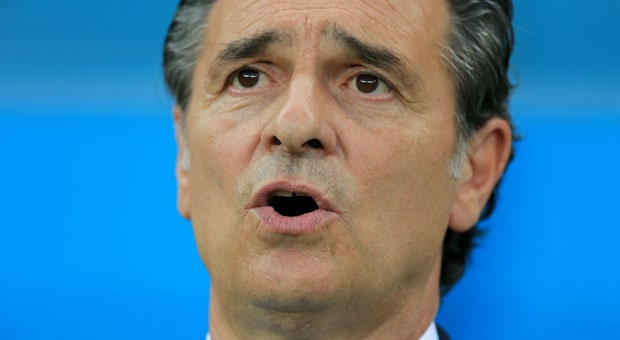 After a 6-0 humiliation against Napoli, Fiorentina coach, Cesare Prandelli has tendered an apology to Fiorentina fans.
The former Italy manager, who pointed out that it wasn’t possible to lose 6-0 without picking up a yellow card added that their third goal summed it up.
The Azzurri inside the Diego Maradona Stadium ran riot in the first half scoring four unreplied goals, before rounding up the game with two more in the second half.
Speaking with DAZN after the game, the tactician said what left him thinking was losing in such a big margin without picking a single card. He further noted that it’s difficult commenting on a defeat as his side could have equalised after recording a good reaction.
Despite the heavy defeat, Prandelli said he still saw some good things in his squad, adding they need to understand their position on the Serie A table.
Speaking on Franck Ribery, who was removed in the first half after returning from an injury, the coach described the Frenchman as a champion, but the doctors will have to evaluate his condition.
On transfer, Viola has been linked with Papu Gomez and Pato. However, Prandelli is unwilling to talk about transfer at the moment but how the team can improve.
In a related development, Lorenzo Insigne, who bagged a brace against Prandelli’s team, warned his side ahead of their clash with Juventus.
Both teams will lock horns in the Italian Super Cup on January 20.
While describing the win as a confidence booster ahead of Juve clash, he acknowledged the team’s mistakes in previous games and therefore urged them not to repeat the same against the Old Lady.
While noting that it will be a very important game, he said they would try to be ready against the Scudetto champions.
Napoli had beaten Juventus to the Coppa Italia trophy last season on penalties. This is will be the first meeting of the season between the two clubs.
Meanwhile, in the big match of the Serie A this weekend, Inter Milan defeated Juventus 2-0.