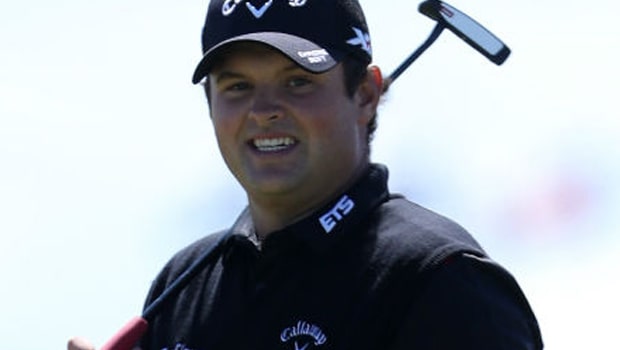 Patrick Reed says he was very happy with how he struck the ball on day one of the WGC-HSBC Champions and he is hoping to keep the momentum going after opening up a two-shot lead.

Reigning Masters champion Reed, who was playing his first tournament since USA’s 2018 Ryder Cup defeat to Europe at Le Golf National, handled the windy conditions at Sheshan International brilliantly to surge to the top of the leaderboard.

The 28-year-old American, who already has one WGC title to his name after his 2014 WGC-Cadillac Championship victory, made eight birdies in a bogey-free 64 to move two shots clear.

US pair Xander Schauffele and Tony Finau are in a share of second on -6 after both went round in 66 whilst Englishman Matthew Fitzpatrick holds sole possession of fourth on -5.

Speaking after his opening round, Reed, who has not tasted success since his triumph at Augusta National in April, expressed his delight at how well he was striking the ball and he is aiming to continue that form over the next three days.

“It feels great,” he told the European Tour’s website. “To be able to come out here and to be the first event back and to feel like I hit the ball really solid. I had full control, especially with how windy it was today.

“It felt really good because if you can go out and shoot rounds like that in these kind of conditions, you know you’re going to have confidence when the wind dies down and there are perfect conditions out there.

“I really just need to keep on taking it day by day and try to shoot the lowest round I can each day.

Hopefully, I’ll shoot a couple more of these rounds, I think that will help me out.”

Reed is the 5.25 favourite to lift the trophy whilst Finau and Schauffele are priced at 7.00 and 9.00 respectively.