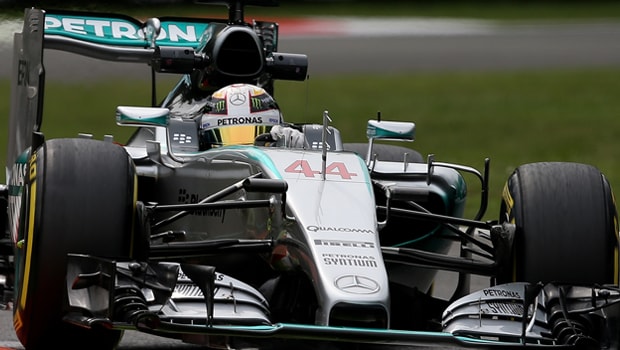 Mercedes star Lewis Hamilton believes his success in 2017 was largely down to the fact that he won the psychological battle with Ferrari rival Sebastian Vettel.

Hamilton and Vettel emerged as the only real candidates to lift the Drivers’ Championship early on in the 2017 campaign.

Vettel, who is priced at 3.10 to win the season-ending Abu Dhabi Grand Prix, made a strong start to the term but Hamilton showed good character to fight his way back into the title race as the season progressed.

The Briton eventually went on to seal his fourth world title at the Mexico Grand Prix with two races to spare, despite only coming home in ninth.

The Silver Arrows man insists there was very little in terms of difference between himself and Vettel but believes him winning the mental battle helped him to come out on top in the end.

Hamilton said: “The mental side of things was the key to this year.

“That really is the case for a lot of top athletes competing.It’s the smallest thing, we’re talking about small percentages. I think that’s really, for me, been the biggest difference between us.”

The four-time world champion, who missed out on the title last season to former team mate Nico Rosberg, believes that loss has made him a stronger competitor going forward.

He added: “I think I came to the team with a good energy but my work ethic is so much better today, so I would have applied that at the beginning.

I probably would have five championships right now, but I wouldn’t change it for the world. Losing the championship last year enabled me to be the driver and the man I am today.”