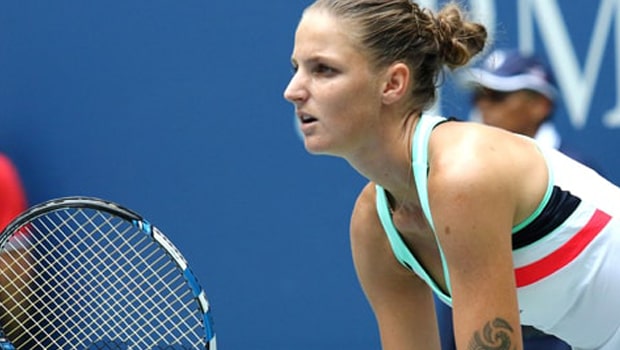 Former world number one Karolina Pliskova says she is feeling fantastic after booking her place in semi-finals of the WTA Finals in Singapore for the second consecutive year.

The 26-year-old knew a victory against fellow Czech Petra Kvitova, who had lost both of her matches in the season-ending event, in the final group game would secure her a semi-final spot.

Despite losing all three previous encounters against the two-time Wimbledon champion, Pliskova didn’t let their previous history affect her performance as she stormed to a 6-3 6-4 win.

The two-time Australian Open quarter-finalist will be appearing in the last-four stage for the second straight year and she couldn’t help but express her delight after securing her place.

“It was a good match and she’s a great player. She has always beaten me in the past but I knew I had a chance as I have been playing well.”

In Friday’s final Red Group matches, 2018 US Open champion Naomi Osaka and Kiki Bertens go head-to-head and the Japanese is the 1.62 favourite to win whilst her Dutch opponent is a 2.10 chance.

The second game of the day involves Germany Angelique Kerber, who has won one and lost one of her two matches, and undefeated American Sloane Stephens.

Kerber is the narrow 1.81 favourite to land the win whilst her US opponent, who has been taken to three sets in both of her Singapore outings, is 1.91 to win.