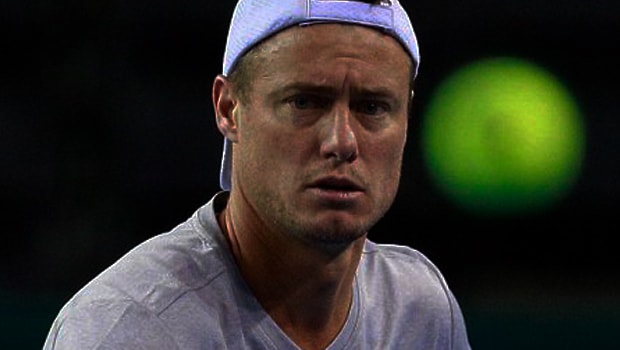 Former world number one Lleyton Hewitt has confirmed he will be coming out of retirement to play alongside Sam Groth in the Australian Open doubles next month.

Hewitt concluded his professional career at Wimbledon back in 2016, bowing out in the second round of the men’s doubles, before re-emerging from retirement in the Davis Cup last year against the US, almost upsetting the Bob and Mike Bryan in an epic five-setter.

The 36-year-old, who won the US Open doubles in 2000, has now been persuaded to return again and he will partner fellow Aussie Groth at the first Grand Slam of the season.

Both players have been in talks about playing together at the 2018 Australian Open after it was revealed the tournament would be 30-year-old Groth’s final event before hanging up his racket.

Many are doubting how far the duo can go on home soil but Hewitt, who is Australia’s Davis Cup captain, says the pair are not just entering the tournament for the sake of it.

“It’s going to be a bit of fun – that’s what the Australian Open is about,” he said.

“I’m going to really enjoy it. We’ve been hitting a lot of balls, hitting every day, and we’re not just going out there making up the numbers.

We want to give it a fair crack.” Groth is also hoping to play singles and mixed doubles, the latter in tandem with Sam Stosur, although it is likely the New South Wales-born star will need a wildcard for the men’s singles.

Defending champion Roger Federer is the 3.80 favourite to retain his title in Melbourne whilst Rafael Nadal, who lost to the Swiss in last year’s final, is priced at 4.20.