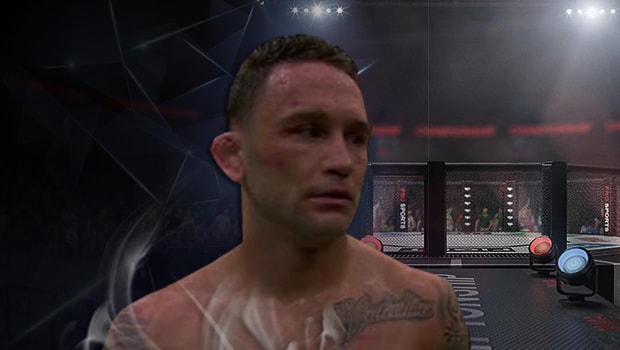 Frankie Edgar says he is excited to get back in the Octagon and has vowed to silence his doubters after agreeing to take on Cub Swanson.

The American fell to his first ever stoppage defeat at UFC 222 on March 3 against Brian Ortega but he is desperate to get back to winning ways as quickly as possible.

Ortega claimed a knockout victory in the first round of their fight in Las Vegas and Edgar has taken up the chance to face Swanson in a rematch on April 21 in Atlantic City.

Edgar beat Swanson when they met last time in November 2014 but some feel he is making a mistake by returning to the Octagon so soon after his latest loss.

The 36-year-old hasn’t suffered more than one loss in succession since falling to three defeats in a row across 2012 and 2013 and he insists he is excited to silence his doubters next month.

Edgar told The MMA Hour: “I’m excited to get in there.

“I know I’m getting flack from people and you guys [the media], obviously on whether I’m taking this fight too soon or not, and that’s fine.

I [expected] it and I know what I’m putting on the line here, and I feel comfortable doing it, so I’m ready to go prove people wrong here.

“I’m the one in there. I’m the one putting it on the line, and there’s nothing like getting in there and getting a win to erase that last loss.

And again, it’ll never erase it, but at least it’ll kinda help deal with that stink, and like you said, give me something positive to kinda focus on instead of focusing on the negative.”