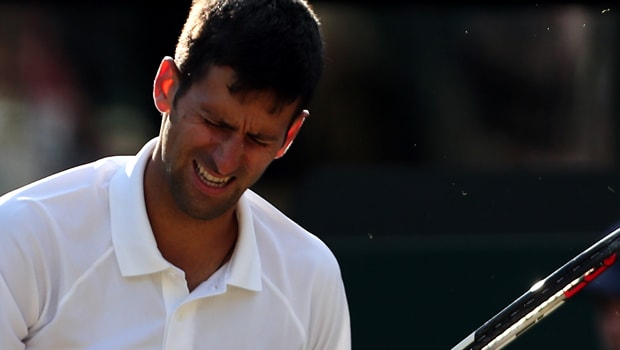 Former world number one Novak Djokovic has admitted that he is finding it ‘impossible to play well’ right now.

The Serb is recovering from an elbow problem that saw him sit out the final six months of last season.

Djokovic suffered a surprise defeat by Benoit Paire in the second round of the Miami Open, going down 6-3 6-4 to the French world number 47 in just 69 minutes.

It is an event he had won six times before and a venue where he had previously won 30 of his last 31 matches.

It was Djokovic’s third consecutive defeat since he reached the Australian Open fourth round in January after coming back from injury.

He had not previously lost three straight matches since 2007. The 30-year-old is doing everything he can to get back on track but, for now, it isn’t working.

“I’m not feeling great when I’m playing this way. Of course, I want to be able to play as well as I want to play. Just it’s impossible at the moment. That’s all. I lost to a better player.”

The 12-time Grand Slam winner appears to be bracing himself for the fact that he might not scale the heights of days gone by, though he isn’t ready to give up just yet.

“I know that you can’t be the person that you were yesterday, and the player [you once were]. You have to keep on training, evolving, trying to improve your game,” Djokovic said.

“It is what it is. I’m not at the level that I used to be. I’m aware of that. I just have to obviously believe in myself and hopefully it will come.”

Djokovic is 6.00 to win Wimbledon this summer.