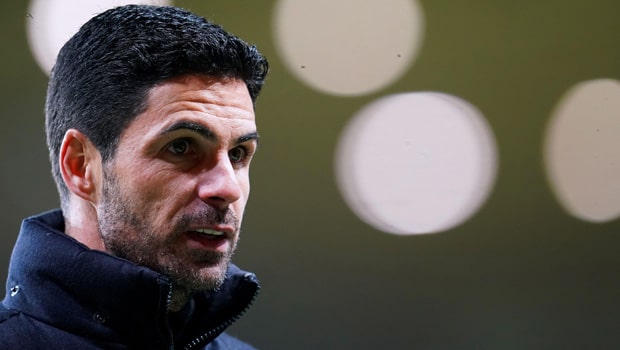 Former Liverpool defender Steve Nicol has made some bold predictions about the upcoming season of the Premier League. According to him it will be the Arsenal manager, Mikel Arteta who will be the first boss to get sacked in the Premier League next season. It is a very bold prediction as the Spaniard recently signed a three year deal keeping him at the Emirates till 2025.

Arteta was mostly rewarded for a decent season for the Gunners as they toiled hard and had a great phase in the last season where they looked prime contenders to finish in the top four so the team management have shown trust in his abilities to lead this young Arsenal team.

Although the Gunners missed out on Champions League qualification and lost out the top four spot to their city rivals Tottenham Hotspur, the entire thing took a very heartbreaking turn for the Gunners. But still the management has faith in Arteta’s work and believes that he is the right man behind the wheel to guide them back to the Champions League era.

Nicol feels that there will be too much of a performance pressure on Arteta as he has to get them back to the Champions League by any which way and that may force things to go haywire in the upcoming season. Nichol also shared how Arteta started poorly last season and everyone wanted him out but he did regain the fans’ trust and support only to disappoint them again at the end of the season by missing out on the Champions League qualification. So Nichol feels another poor start may get Arteta sacked in the upcoming season.

“I think Mikel Arteta [could be the first manager sacked] because they had a horrible start and everyone wanted him out, slowly they built it up and got themselves into fourth but by the end of the season, Arteta was under pressure. They really fell off, so if they start badly again he could be the first one to go, “ Liverpool hero Nicol told ESPN.

In his first season as Arsenal manager, Arteta won the FA Cup beating Chelsea in the finals and the fans once again started dreaming of a better project under the Spaniard. But the following season was not greta for Arteta as they struggled in the Premier League and also in Europe. Overall it has been an improvement from eighth placed finish to fifth but he has a lot to work on his team as they are very young.