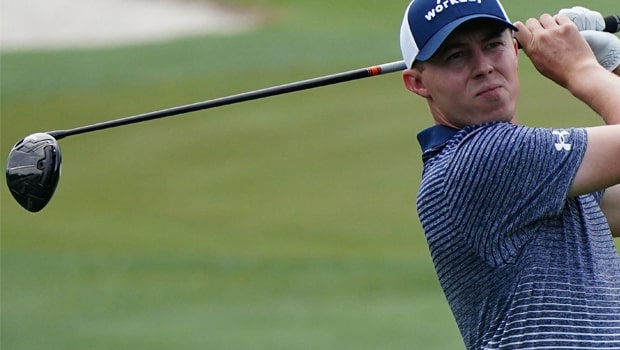 Matthew Fitzpatrick won the U.S. Open this past weekend as the Englishman found himself atop the leaderboard on the same Brooklyn, NY course nine years after winning an amateur title.

“It’s hard to get my head around [the bunker shot], to be honest. It doesn’t feel like it’s me, doesn’t feel real,” Fitzpatrick said. “[Winning the US Open] is incredibly surreal. I was doing media after the round and genuinely had to question whether it was a dream, whether I was going to wake up. I have never felt like that. People say that and I don’t buy it, but it certainly felt that way [for me].”

Fitzpatrick joins Jack Nicklaus as the only players to win US Amateur and US Open on the same course.

“I’ve never really said it but one thing I pride myself on is that if I get a chance I genuinely feel I will take it,” Fitzpatrick added. “If I get a chance to win, I’ll go and win.”

At just 27 years old, Fitzpatrick adds this trophy to the US Amateur (2013), along with three Ryder Cup appearances for Europe, and seven wins on the European Tour.

“I don’t know if you guys have noticed, but I feel like [Fitzpatrick] has made some extreme improvements off the tee in a matter of months,” competitor and peer, Scottie Scheffler said. “I played with him in Austin this year, and he was not hitting it nearly as far as he is now. I don’t know what he’s doing. Maybe he’s on the Bryson program or something. He’s hitting it really well. He definitely deserved to win this golf tournament.”

Prior to this past Sunday, though, Fitzpatrick had never won on the PGA Tour, recording only two top-10 finishes in his major career.

“Maybe three years ago, if I was in this position and I was playing with Will in the final group, I’d be concerned I was going to be 15 or 20 behind him all day,” Fitzpatrick said of his growth over the past few years. “I felt comfortable knowing I was going to be past him, which obviously gave me confidence going into the next shot. When you’re hitting it past people, it’s obviously quite nice.”

Next up for Fitzpatrick is the 150th Open Championship at St Andrews in mid-July.

“It’s massive,” Fitzpatrick said of his momentum heading into the next tournament. “I feel like I proved I have the ability to go out there. I won the US Open final round with 35 putts, which is not like Fitzpatrick at all.”