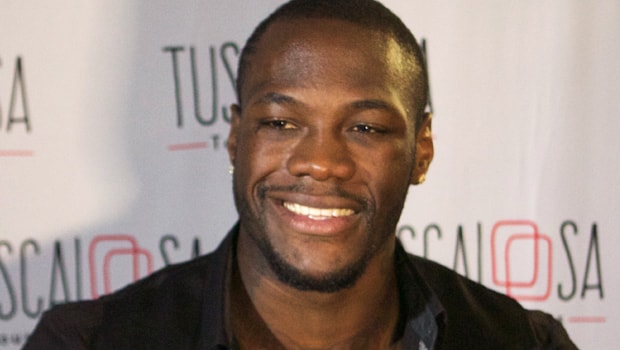 Deontay Wilder says he has been giving advice to fellow heavyweight Joseph Parker as he gears up to take on Anthony Joshua at the Principality Stadium on April 1.

WBO champion Parker, who is unbeaten in 24 trips to the ring, will attempt to become the first man to land a professional defeat on IBF, WBA Super and IBO belt holder Joshua when they go toe-to-toe in Wales.

The pair will put all their titles on the line as they look to become the first undisputed heavyweight champion since Lennox Lewis in 1999.

Undoubtedly it is set to be one of the biggest fights in the heavyweight division this century and many believe Joshua will prove too good for the New Zealander.

Wilder is likely to face Joshua later in the year if he dispatches Parker but the American insists the result isn’t a foregone conclusion.

“Just because a person looks more muscular and looks like they have it all down that doesn’t mean they are going to destroy everybody,” Wilder said.

“I tell people that I would rather be the part then look the part, looking the part isn’t going to get me nowhere.

I’ve seen many people look the part but when it’s time to perform in a place where it really matters, they can’t pull the trigger.

WBC champion Wilder also revealed that he has been in contact with Parker to pass on some advice ahead of the big night.

He added: “Parker will also have to be mobile which I think he will do a pretty good job of. The things I’m telling you now I’ve told him before, because we talk.

“He is going to have to continue to punch while he moves and keep his head moving. If he can do that, he will see openings and see some of the weakness Joshua has.”