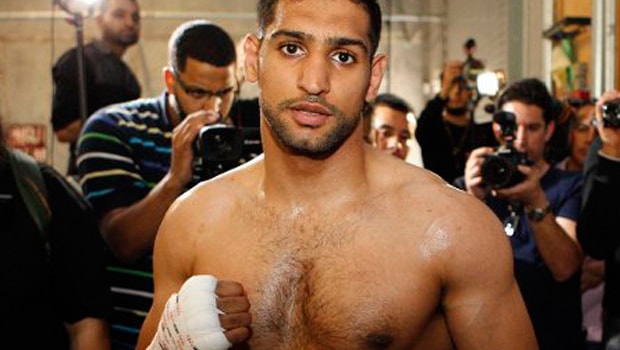 Amir Khan will return to the boxing ring for the first time in nearly two years this April after signing a three-fight deal with Matchroom.

The former light-welterweight world champion has not fought competitively since being knocked out by Saul Alvarez during the sixth round of their WBC middleweight title clash in May 2016.

That was just the fourth loss of Khan’s professional career, but after taking an extended break from the sport, he is now set to return to action after agreeing a deal with Matchroom.

The 31-year-old’s return to the ring is scheduled to take place at Liverpool’s Echo Arena on April 21, although an opponent is yet to be confirmed.

Promoter Eddie Hearn is targeting some big fights for Khan over the coming months, with the possibility of an all-British showdown with Kell Brook being one of the options for the Bolton-born fighter.

Hearn said: “The target is to provide him with the biggest fights possible with a mouth-watering list of names including the likes of Manny Pacquiao, Kell Brook, Keith Thurman and Errol Spence.

“I’m excited to get started and looking forward to a huge night of boxing on 21 April.”

Khan could fight three times during 2018, with possible bouts also being lined up for the summer and next winter and he admits he is excited by what the future holds.

“I’m really excited for the next couple of years,” Khan added.

“I’m feeling fit and strong and I can’t wait to get back in the ring.”