Alisson Becker: We feel no pressure 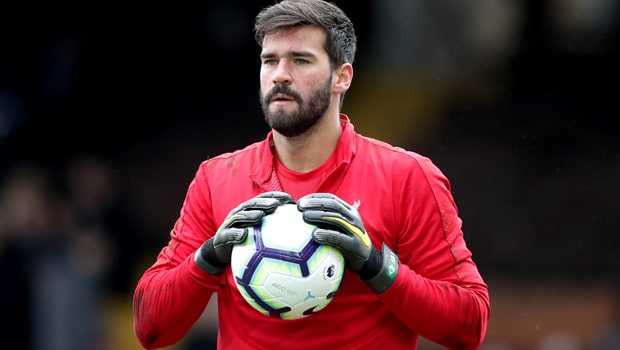 Liverpool goalkeeper Alisson Becker says he and his team-mates are feeling no pressure as they prepare to take on Cardiff City in the Premier League on Sunday.

The Reds will go into the game in second place, following Manchester City’s 1-0 win over Tottenham on Saturday afternoon.

Just one point separates the two sides, but the Citizens still have a game in hand as they prepare to face Manchester United in midweek.

Liverpool are trying to win their first Premier League title, but City remain the favourites to defend their crown.

Jurgen Klopp’s side are expecting a big response after City were knocked out of the Champions League final, but Alisson is adamant his team are not panicking in the build-up.

He told Sky Sports: “It isn’t pressure. It’s a feeling of knowing that you have the possibility of winning, a feeling of responsibility.

“We play at a gigantic club in Liverpool, with passionate supporters who care deeply about the Premier League first and foremost, and the Champions League.

“So we feel the responsibility yes, but we take it on and try to play as well as we can out on the field. Yes we could reach the Champions League final, but in the meantime we have two semi-finals and four games in the Premier League.

“We are going to fight very hard to win these two titles, but it’s a very difficult mission and we have to take it step by step, game by game, very calmly.”