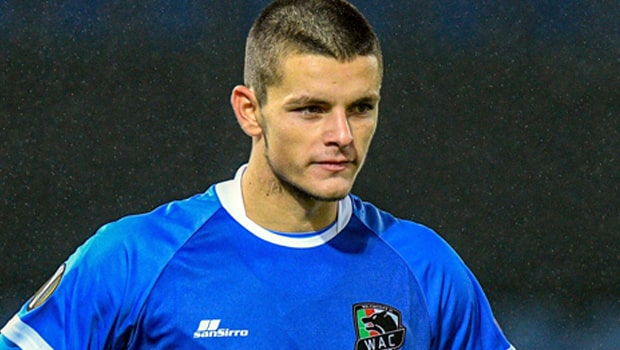 Dejan Joveljic scored his fourth goal of the season in the 88th minute for the LA Galaxy as they found a way to hold on for a point at home against the Portland Timbers. Joveljic has four goals and two assists on the season so far.

“We look like we took 3 weeks off and put on the wrong feet, we need to put on the right feet,” Galaxy coach Greg Vanney said of the first half.

According to MLS, Joveljic became the first player in league history since Maxi Moralez in 2019 to contribute five second-half goals and assists over a two-match span.

“I mean, good finish, but the cross was better,” Joveljic said of the goal.

He became the first Galaxy player to score in consecutive MLS appearances (both as a sub) since Edson Buddle in 2009.

“I mean, to be honest, it’s my pleasure to play with Chicharito,” Joveljic added. “I have no problem to run for him to cover him to play more defense.”

“We’re disappointed we didn’t win, but the energy and way we played today, this is our team,” Portland head coach Giovanni Savarese said. “Keeping that intensity and desire, we will win more matches.”

Portland out-shot Los Angeles 12-11, but the home side had a few more shots on target.

“We played very well and should have gotten three points,” Savarese added. “We were the better team today on the field and we created enough chances to be able to win this game.”

Portland, now in 12th place, will continue to look to make up points in the standings and will gladly take a road point.

“We know we have to give more,” Chara said. “We don’t have time to lose any more points and the team knows that. We created a lot of good chances that we couldn’t convert, but we are happy with the point we are leaving with at the very least.”

The Timbers match up with Colorado on Saturday, 25 June.

The Galaxy’s next league match is against San Jose on Saturday, 25 June. They play the Sacramento Republic in U.S. Open Cup quarter-final action a few days prior.