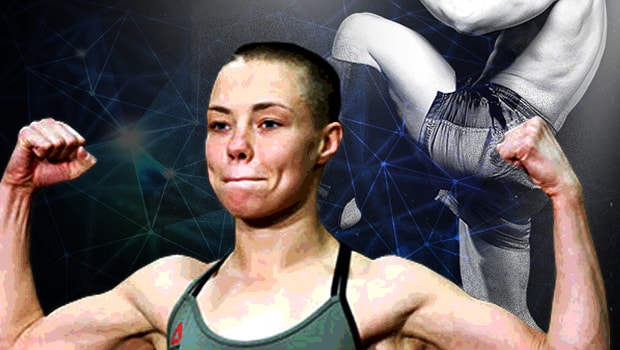 UFC champion Rose Namajunas says she would be very interested in going up against Mackenzie Dern if the latter can prove she is a “future contender”.

Namajunas is the current women’s champion at strawweight level, having beaten Joanna Jedrzejczyk at UFC 217 to win the title, and she produced an impressive performance when defending her belt for the first time.

The American, who has been active in mixed martial arts since 2010, was able to get the better of the same opponent at UFC 223, beating the pole by unanimous decision after five exciting rounds.

Attention is already turning towards future opponents for the 25-year-old and the name of Mackenzie, the former world number one ranked IBJJF competitor, has cropped up.

The Arizona-born fighter picked up a first-round submission victory over Amanda Cooper last time out and, although losing some of her prize money after coming in over the allowed weight for the bout, that display has got people talking.

Dern is 15th on the strawweight rankings and Namajunas says she would love to fight her compatriot if she can sort out her things in the weight department. “Other than the weight issue, I thought she looked great.

That is something, I’ve always wanted to test my jiu-jitsu against, that would be awesome, I would like to face her.

But, she just has to get her act together and that may be down the road,” she told UFC Unfiltered.

“She beat Gabi Garcia in a jiu-jitsu match, so that would be awesome. And she can obviously strike a little bit.She has that heavy first step, that a wrestler has sometimes that good right hand.

“You can tell she has that style developing. So it will be interesting to see if she can fix her issues and maybe she can be a future contender.”