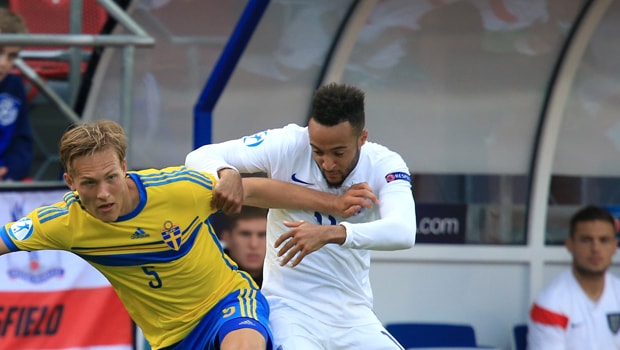 Hard work is the key to Sweden’s success at the World Cup, according to Ludwig Augustinsson and manager Janne Andersson.

Augustinsson was on target in Sweden’s final Group F game on Wednesday, making the crucial breakthrough before they eventually eased to a 3-0 win over Mexico to secure top spot in Group F.

An Andreas Granqvist penalty and Edson Alvarez’s own-goal ensured that Andersson’s side leapfrogged the South Americans in the standings, with world champions Germany finishing bottom after they lost 2-0 to South Korea.

Sweden have now reached the last 16 of the World Cup on each of the last four occasions in which they have qualified.

The win against Mexico was their biggest at a finals since they defeat Bulgaria 4-0 in 1994 in the third-place play-off match in the USA.

According to boss Andersson, sheer hard graft is the cornerstone on which their success sits.

“We really work as a team, the entire team,” said Andersson.

“We want to do everything to give our players the chance to succeed on the pitch.

“I am so incredibly proud and almost moved and so touched by the thought of how we performed in the entire pitch.”

Switzerland are next up in the last 16 and goalscorer Augustinsson says there is nothing to fear for Sweden now.

“We know what we’ve done before and that football nothing is impossible if you work really hard,” he added.

Sweden are 3.10 underdogs to defeat Switzerland on Tuesday. The Swiss are 2.60 while the draw is priced at 3.00.