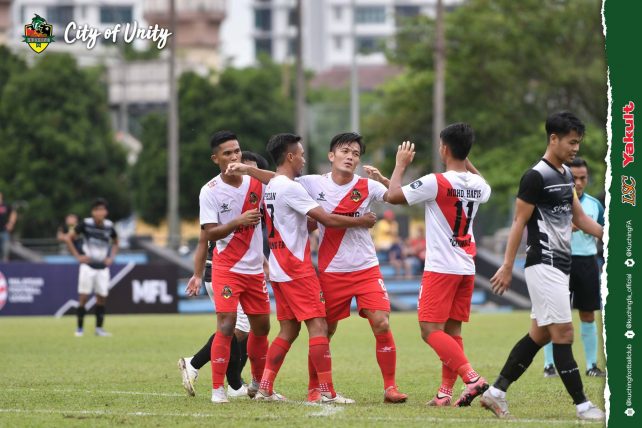 The match all Sarawak football fans have been waiting for may just be in the making with the Liga Malaysia organizers, the Malaysia Football League confirming that the Liga Premier spot for Liga M3 teams will not be automatic.

The statement comes despite many believing in the past that the top two teams in the Liga M3 would automatically gain promotion to the second tier Liga Premier, replacing the bottom two of the Liga Premier when the new season comes.

Apparently, it is believed that automatic promotion could not be granted to Liga M3 teams due to financial and technical reasons. One of the key reasons must be the fact that most Liga M3 teams are amateur sides with players not fully employed by their respective teams.

In fact, even today, there has been complaints by some Liga M3 teams regarding travelling expenses, particularly when they need to travel to Kuching to play Kuching FA.

The Malaysia Football League later clarified that Liga M3 teams need to play a playoff match before they can eventually get promoted, making it a stumbling block to Kuching FA’s ambition this season, but an opportunity for Sarawak football fans to watch a match between two rival teams.

The non-automatic qualification had been received by Kuching FA with an open heart, but the worried party would likely not be Kuching FA whom are considered underdogs since they started playing in the Liga M3.

The truth is, the team that stands to worry most is Sarawak FA.

Sarawak FA had always been considered the ‘bigger brother’ of Kuching FA as they run on much bigger funds and is placed ahead of Kuching FA in a lot of things which include the use of training facilities, fund allocation and even branding. Even their followership is bigger, having the whole Sarawak backing the team in every match.

That said, with Sarawak FA now dangerously sticking to the bottom two places in the Liga Premier, it does seem that match between both Kuching FA and Sarawak FA is likely possible.

This comes with the fact that Sarawak have been woeful in the Liga Premier and only have less than seven matches to go, while Kuching FA on the other hand have been undefeated since they started the Liga M3 journey.

If the match materializes, there is no possible winning outcome for Sarawak FA. A win will not get them any praise, while a defeat would surely put them e=down even further.

Regardless, this is a match every football fan in Sarawak would be eager to see, and if both Kuching FA and Sarawak FA maintains their current form, it will happen.

10 facts you may not know about Sarawak FA

Why is Sabah FA succeeding this season?

This article is brought to us by our Sports Writers Club resident columnist – Cyril Dason.