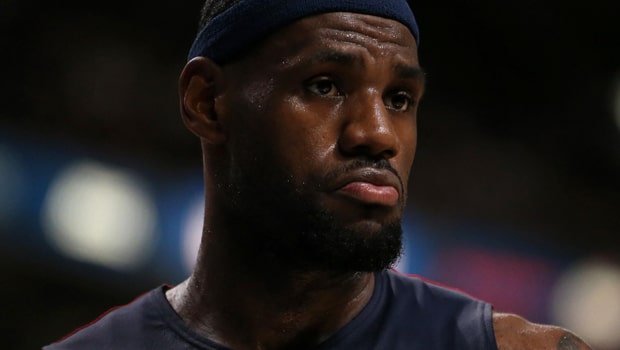 LeBron James felt there were ‘positives’ to take away despite the LA Lakers slipping to a 128-119 loss against the Portland Trail Blazers in their season opener.

James scored 26 points, the second highest scored by a Lakers debutant, with 12 rebounds and six assists on his debut.

Damian Lillard scored 28 points for Portland and Nik Stauskas matched his career-high with 24 on his debut as the Trail Blazers made it 16 straight victories over the LA Lakers.

James, who signed a four-year deal with the Lakers in the summer after switching from the Cleveland Cavaliers, felt there were decent blocks to build on.

“I liked our fight to get back in the game,” James said.

James, who led Cleveland to their first NBA championship in 2016 after returning to them from the Miami Heat, is embarking on his maiden season in the NBA’s Western Conference.

Asked how long it would take for his new team to gel, the 33-year-old suggested it wouldn’t be an overnight process.

“Not as fast as you guys think it’s going to happen,” James told a press conference when asked how long that chemistry might need.

“I always kind of compare it to like instant oatmeal. It is not that fast. It takes a while to get to where you can close your eyes and know exactly where your guys are.”

The Lakers are 8.50 to win the Western Conference this season, with the Golden State Warriors 1.36 to retain their perch and the Houston Rockets priced at 6.50.