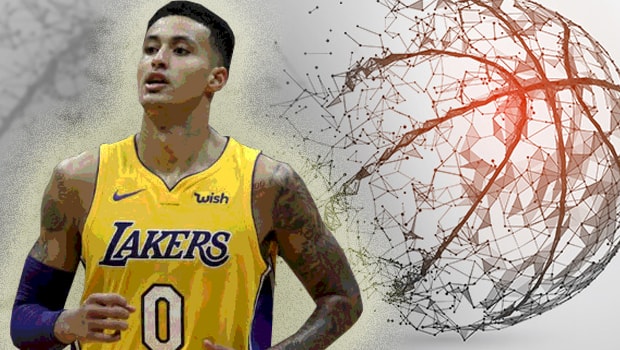 Kyle Kuzma believes people are ‘underestimating’ Los Angeles Lakers and he is confident his side can mount a serious challenge for NBA Championship glory this season.

The Lakers have spent the last few years rebuilding and they have not even made the playoffs since losing to San Antonio Spurs in the first round five years ago.

However, head coach Luke Walton has assembled a number of young talented players over recent seasons and the arrival of four-time MVP LeBron James this summer has added proven quality to the roster.

The likes of Rajon Rondo, Lance Stephenson, Michael Beasley and JaVale McGee have also moved to the Staples Center during the off-season and power forward Kuzma, who was a first round pick in the 2017 draft, believes the Lakers can challenge this season an they have been underestimated ahead of the new campaign.

“We are both definitely excited about the roster and the pieces that we have,” Kuzma told ESPN.

“And we think that a lot of people are underestimating us. It is definitely going to be fun playing with all these new guys.

“A lot of people say we got a lot of different people, a lot of new people. But change can be a good thing. It is not necessarily always a bad thing.

There’s a lot of teams in the NBA that need to work on their chemistry; we are just one of them.”

The Lakers last won the NBA Championship in 2010, their 16th title overall, and they are priced at 11.00 to claim top honours once again this season.