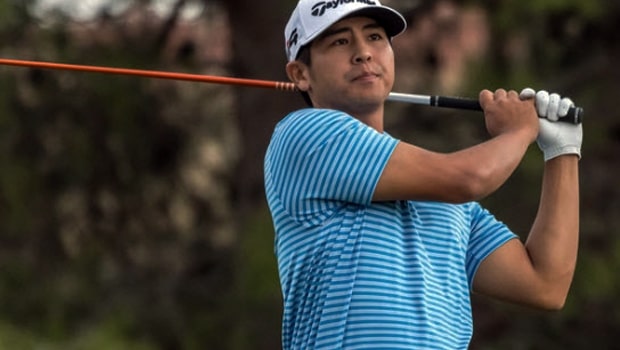 Kurt Kitayama landed his first European Tour title in just his third event after holding his nerve to record a two-shot victory at the tri-sanctioned Afrasia Bank Mauritius Open at Anahita.

The American, who finished in a tie for 45th at the Hong Kong Open prior to this week’s event in Mauritius, only earned his playing privileges at Qualifying School last month but he has wasted little time in making a name for himself.

Kitayama carded four birdies, an eagle and two bogeys in a four-under-par round of 68 to finish on -20, two strokes clear of Indian S Chikkarangappa and Frenchman Matthieu Pavon.

South African Justin Harding was a further shot back in fourth on -17 whilst compatriot Dylan Frittelli, who signed for a superb seven-under-par 65, and Japan’s Masahiro Kawamura ended up in a share of fifth on -16.

Reacting to his win, world number 362 Kitayama – who will rise up the standings in Monday’s updated ranking list – says he is delighted to get off the mark so quickly and is looking forward to enjoying the rest of the year.

“It’s an unbelievable moment for me, I’m just so happy I was able to pull it off. There were definitely some nerves around the first tee-shot. Going birdie-eagle-birdie helped to calm things down for the rest of the day.

“This whole year has been, well, what a great year. I still have two more events but to win on one of the last events of the year is just great. It’s been really exciting, being able to travel all over the globe and I’m going to continue to travel more. I’m really looking forward to it.”