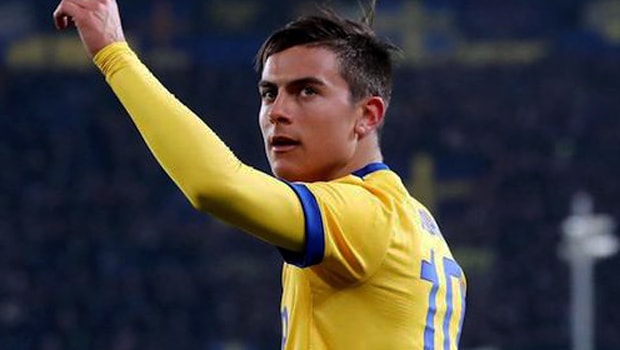 Juventus chief executive Giuseppe Marotta insists the club have no plans to sell Paulo Dybala during the January transfer window.

Argentina international Dybala has been one of Juve’s standout performers since moving to Turin from Palermo during the summer of 2015, helping the club to back-to-back successes in Serie A and the Coppa Italia.

The 24-year-old has netted 14 goals from as many starts in the Italian top-flight so far this term, although he has struggled to command a regular starting berth of late.

Speculation has gathered pace over recent weeks that Dybala could now leave the Allianz Stadium during the January transfer window, with Manchester United being the latest club to be accredited with an interest in his services.

However, Marotta has now dismissed any suggestion that Dybala could leave Turin this month and he has refused to put a price-tag on the forward’s shoulders.

“The January transfer window is about repairing your squad and fortunately we are covered in all departments,” Marotta told Mediaset Premium.

“We haven’t put a price-tag on Paulo, so it’s difficult to make an assessment. We have no intention of putting him on the market.”

Dybala picked up a hamstring injury during Juventus’ 1-0 victory over Cagliari on Saturday, a result that saw the Old Lady move to within a point of league leaders Napoli.

Juventus have won the Scudetto in each of the last six seasons and they are priced at 1.91 to repeat that feat come the end of the current campaign.