Carmelo Anthony has his own ideas for Houston 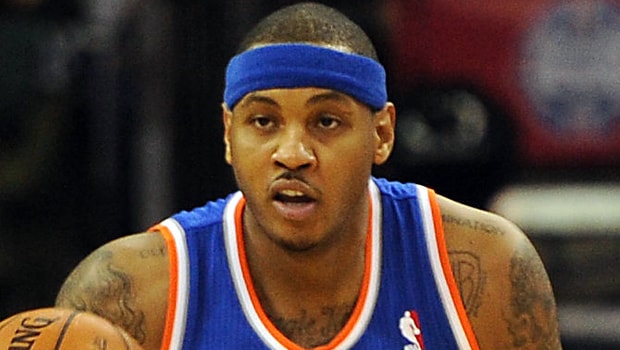 Carmelo Anthony has already started to stir things up in Houston even before his proposed move to the Rockets.

The 34-year-old was deemed surplus to requirements at Oklahoma City after a poor season for the Thunder which culminated in a below-par showing during the club’s first-round play-off exit.

He was offloaded to the Atlanta Hawks as the Rockets engineered a three-team trade which also included sending a 2022 protected first-round pick to the Georgia outfit for guard Dennis Schroder and forward Mike Muscala.

Anthony had already made it clear he was happy to see out the rest of his $27.9m contract with the Thunder, who then sent Muscala to Philadelphia for forward Timothe Luwawu-Cabarrot, with the 76ers moving guard Justin Anderson to Atlanta.

It is now thought that the Hawks will buy out his contract and he will pen a $2.4m veteran’s minimum deal in Houston.

Despite a disappointing showing last term, it was thought that the 10-time All-Star might make an impact from the bench if he joins the Rockets, but the New York-born ace appears to have other ideas.

“I know how to play this game of basketball,” he said.

“Only I know when it’s best for me to take that role. I’m not going to do that in a situation where I still know my capabilities and what I can do.

“And at the end of the day, the people who really matter know my capabilities and what I can still do.”

Houston are 7.50 to win the NBA Finals next season, with Golden State Warriors favourites at 1.53.