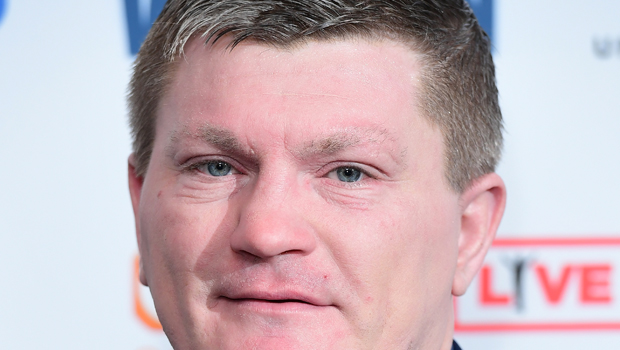 Former world champion Ricky Hatton has admitted he has been impressed with Tyson Fury since he returned to training last month.

The former unified heavyweight world champion started light training at Hatton’s gym in Manchester as he prepares to return to the ring in 2018.

Fury has not fought since November 2015 when he dethroned Wladimir Klitschko in Germany but he is currently without a licence. He is still awaiting the results of a UKAD hearing and the unbeaten star is hoping to be proven innocent amid doping claims later this month.

Since returning to the gym, Fury has called out the likes of Anthony Joshua, Deontay Wilder, Joseph Parker and Tony Bellew and Hatton insists he means business this time around.

Hatton told Sky Sports: “He has lost three stone already, and he wants to lose another four stone.

Don’t let that picture [that Hatton tweeted] deceive you.

His mobility and movement are good. His hands are lightning fast, and that is when he’s carrying excess weight. He admits that he is carrying [too much weight].

“He is heading in the right direction, he is happy, and he has got his mojo back.

It’s great to see him looking so happy, and back in good form.

“What a Cinderella story. He went from zero to hero, back to zero, and will go back to hero. If he can come back from all his problems to win the world heavyweight title – which I think he can – then what a story that would be for Tyson’s legacy.”

Fury has also been training with close friend Billy Joe Saunders in recent weeks and the middleweight champion is fine-tuning his preparations for his December 17 fight with David Lemieux.