South Korean stopper out to impress 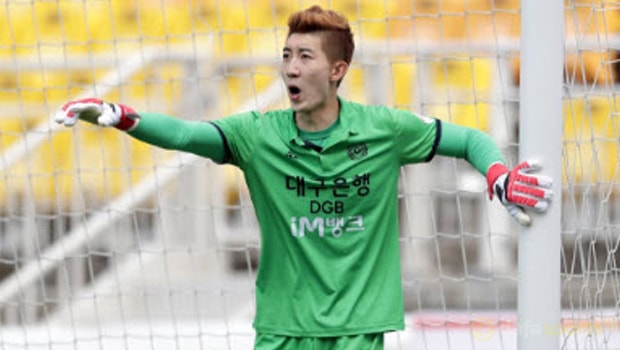 South Korea goalkeeper Cho Hyun-woo insists he is focused on their final World Cup Group F game against Germany but is hoping his performance can land him a move to England.

The 26-year-old has been one of the surprises of the tournament, with many expecting him to be second choice at the start of June.

However, the coaching staff have shown their faith in him and he has rewarded them despite two defeats from two games against Mexico and Sweden.

Cho impressed against Sweden after pulling off a superb save to deny striker Marcus Berg and he is determined to make a statement on Wednesday.

South Korea need to beat Germany by two clear goals and hope Sweden lose to Mexico but Cho is relishing the chance to make a name for himself.

“We know about the quality of the German team,” Cho said.

“They are the world champions and are full of world-class players.

“I am happy if people think I am playing well. But this is a team game and I want to thank all my teammates and the staff for the support they have given me. I hope I can repay them for their help and faith.

“I would like to play in Europe one day, and especially in England. There you can face the best strikers in the world and really improve as a goalkeeper.

First, though, I still have a lot to learn in the K-League and want to show fans at home my best performance in every game.”

South Korea are 13.00 to win on Wednesday, with the draw 7.00, while Germany are 1.20 to grab all three points and progress to the knockout rounds.