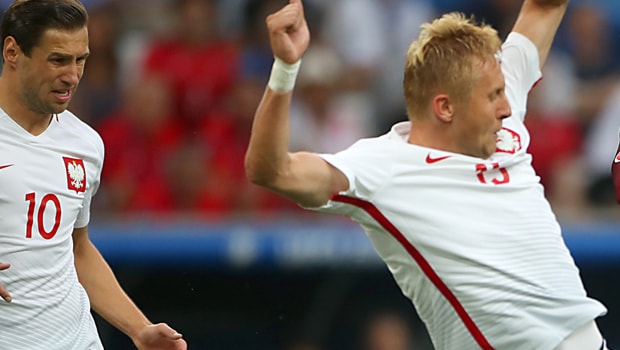 Poland’s star striker Robert Lewandowski says his side will just have to cope if key defender Kamil Glik is ruled out of the upcoming World Cup finals.

Monaco centre-back Glik sustained a shoulder injury in training on the same day that the Polish 23-man squad was officially confirmed by head coach Adam Nawalka, with Lewandowski fearing the worst for his colleague.

He told TVN24: “If it turns out, with 100 per cent certainty, that Kamil is not able to play this will be a big loss for our team. “On the other hand, we cannot give up, we cannot break down, we have to continue to fight and think everything will be fine.”

Stuttgart stopper Marcin Kaminski stands by to replace Glik, should he be ruled out, with Poland having been drawn alongside Senegal, Colombia and Japan in Group H of the summer action in Russia.

The Eagles will be keen to try and repeat their run to the quarter-finals at Euro 2016, when a rock-solid defence proved to be a crucial factor in their progress, which was halted in a penalty shootout by eventual champions Portugal.

Poland failed to qualify for either the 2010 or 2014 World Cup finals tournaments and were unable to make it out of the group stage in either 2006 or 2002.

They are 2.25 to be knocked out of the tournament at the group stage, while they are 3.50 to make it through to the last eight.

Meanwhile, coach Nawalka still has another two warm-up games left to weigh up his options, with Poland taking on Chile on Friday and Lithuania next Tuesday.