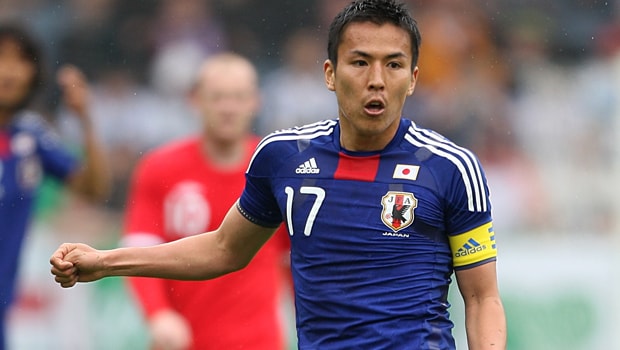 Japan captain Makoto Hasebe insists they are in good shape as they gear up for their first game of the World Cup on Monday.

The Blue Samurai have been handed a tough looking group at the 2018 World Cup after drawn alongside Colombia, Senegal and Poland.

Japan, who are priced at 3.00 to qualify from Group H, get their competition underway against Colombia in Saransk on Monday in what could prove to be their most testing game in the group.

After crashing out of the 2014 World Cup in the group stage many expect that they could struggle to go any further this summer.

They failed to win a single match in Brazil but they looked much improved during qualification as they topped their group in the final stage.

Hasebe, who boasts 108 caps, insists the squad are confident about their chances of making the knockout stages for the first time since he captained his country at the 2010 World Cup in South Africa.

“We are in excellent shape and I hope we will come as one [onto the pitch].

We will try to show our teamwork and we are confident we’ll be able to do it,” Hasebe said.

Japan have only had three games to get to grips with the demands of new manager Akira Nishino, who was appointed in April, but Hasebe doesn’t believe that will be an issue.

He added: “We have a new head coach, and we had to build up our team again, but I think we are well prepared.”