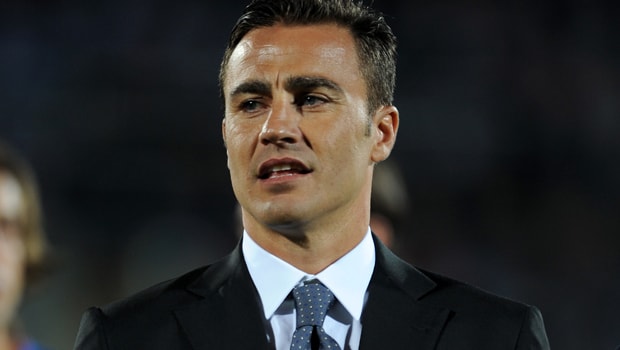 The Tianjin centre-back has been named in Shin Tae-yong’s 28-man provisional squad for the tournament in Russia next month.

Kwon has been mentored by 2006 World Cup-winning skipper Cannavaro in the past and suggests he has learned a great deal about the art of defending from the legendary Italian.

Cannavaro was coach of Tianjin Quanjian last year when a member of the South Korean coaching staff came to China to assess the defender.

He suggested that Kwon was capable of graduation to the national team and eventually to playing his club football in Europe.

The 26-year-old earned his first cap shortly after that and is on the verge of going to the World Cup.

He knows just how important it was to soak in the advice Cannavaro was willing to offer him. “He (Cannavaro) passed on his valuable experiences and knowledge to me,” said Kwon.

“Before he was one of the world’s best players and now he is a very good coach. He taught me in detail how to play and how to train, and I am so lucky in that regard.”

The former Juventus and Real Madrid defender gave Kwon the inside track on how he should seek to position himself against various types of opponents.

“As a defender, what used to confuse me was how much space you should keep between yourself and the attacking players,” he previously revealed to local Chinese media.

“Then Cannavaro gave me the answer – to keep an arm’s distance so that you are easy to make contact to the players you are marking.

But you need to re-adjust the technique a bit by allowing more space when dealing with a physically stronger and bigger player. That is so useful and practical for me.”

South Korea are 3.60 to qualify from Group F at the World where they tackle world champions Germany, Sweden and Mexico. They are 1.80 to finish bottom of the section.