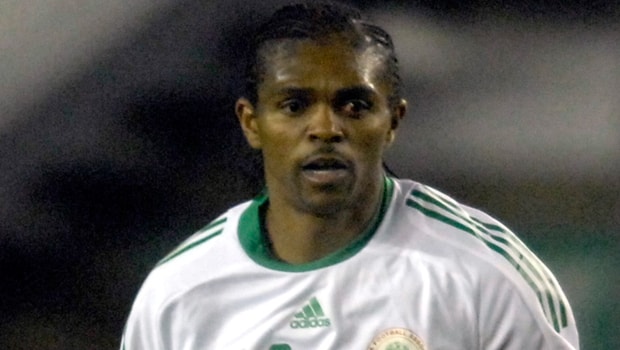 Former Nigeria striker Kanu has backed his countrymen can cause a surprise at the 2018 World Cup.

Nigeria have qualified for their sixth appearance at the World Cup but many are predicting they will find it tough to progress beyond the group stage.

They have been drawn with Argentina, Croatia and Iceland in Group D but Kanu feels they can prove their doubters wrong.

The Super Eagles have never previously made it further than the last-16 at the showpiece event, having twice reached that stage.

Boss Gernot Rohr has breathed new life into the Nigeria national team since his appointment in 2016, with a number of fresh faces included in the squad.

The German has even convinced a number of players to switch their international allegiance to ensure he has a strong travelling party. Kanu, who won 87 caps with Nigeria between 1994 and 2011, is confident about their chances and feels the west Africans can cause a surprise.

“The FIFA World Cup is the greatest football tournament on the planet – every team dreams of being part of it and I am sure it will be a very special event in Russia,” he said.

“Nigeria will be a big surprise, for sure. We have good young and talented players; they are hungry for victories and want to do well – for themselves and for the country.”

Nigeria, who are priced at 3.50 to qualify from Group D, will wrap up their World Cup preparations with a friendly against the Czech Republic at the Rudolf Tonn Stadion on Wednesday.