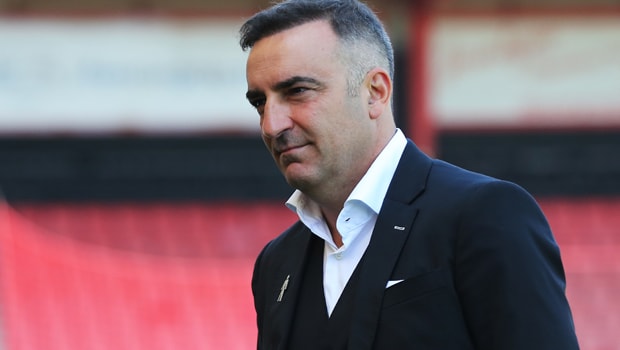 Swansea boss Carlos Carvalhal is adamant his players are good enough to stay in the Premier League despite their recent poor form.

The Swans are currently in the bottom three, with just two games to go, after results went against them last weekend.

Carvalhal’s troops fell to a 1-0 defeat to Bournemouth as rivals Southampton secured a 1-1 draw at Everton.

Swansea host Southampton on Tuesday night and they are looking for their first win since March 3.

Carvalhal’s side can save themselves by beating Southampton and then Stoke on the final day, with the former Sheffield Wednesday coach confident his players can get the job done.

“This is my target. These are the things that we must do. Again, I would be talking in a completely different way if, for example, we had to win on Tuesday and had to wait for two or three results.

“This is an important game. We must have emotional control and we must act and do the proper things. Not to make mistakes. This is the way.

I can’t say it is more important because when you play finals, finals are finals. It is important, of course.”