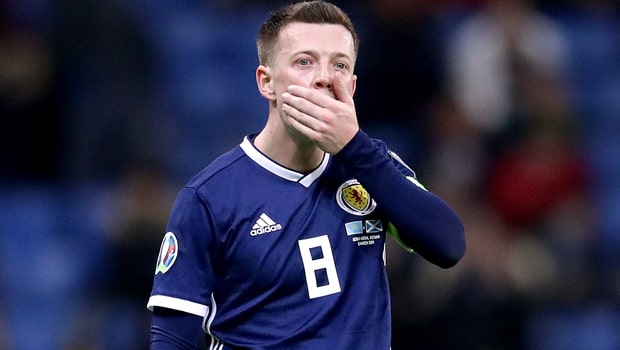 Alex McLeish’s team were favourites to win the Group I encounter, their first stop on the road to next summer’s finals, but they conceded twice in the opening 10 minutes and never really looked like recovering.

It was a painful night for Scotland and leaves manager Alex McLeish under the gun, ahead of a home game against minnows San Marino in Glasgow on Sunday.

Celtic midfielder McGregor was standing in as skipper with clubmate Kieran Tierney and Liverpool’s Andy Robertson missing, and he admits it simply wasn’t good enough. “It’s really poor,” he said.

“We didn’t start the game well enough. When you come here you’ve got to give yourself half a chance by getting through the first 10 to 15 minutes, but we conceded twice and that killed us. We never really recovered from that at all.

“There is not much else to say, it’s just so disappointing. We were trying to come here on a high and start the campaign on a positive.

“When you get hit with a result like that, it’s so disappointing. Everyone in there is devastated. We can only hold our hands up and try to put it right in the next couple of games.”

San Marino were thumped 5-0 by Cyprus in their opener, while Belgium defeat Russia 3-1 in the remaining Group I clash.

For McGregor, it wasn’t the experience he dreamed about in captaining his country. “It shows you how quickly things can change in football.

On Wednesday I was buzzing, getting the chance to captain my country with everybody sending text messages through.

To go to such a low with the performance and result, it just shows you how cruel football can be sometimes,” he added.