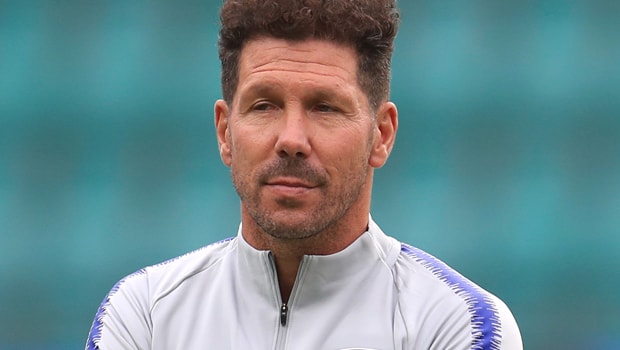 Diego Simeone’s father has made it clear that the Atletico Madrid coach will manage Argentina at some stage of his career – but not for a good few years.

After a stellar playing career, Simeone coached five clubs before arriving in the Spanish capital back in 2011 and has enjoyed success with Los Rojiblancos, winning the 2013-14 La Liga title.

In an era when Spanish football has been dominated by Barcelona and Real Madrid, the South American tactician has managed to hang on to the coattails of the big two, reaching two Champions League finals as well as winning the Copa del Rey in 2013.

Having made 106 appearances for Argentina over a 14-year period, it is obvious that international football is important for the 48-year-old and he has been linked with the vacant La Albiceleste post.

Jorge Sampaoli was dismissed after their woeful World Cup campaign and Simeone seemed the obvious choice to step into the breach and try to bring back the good times for his nation.

That may well happen in the future but his father feels club management is what drives on his son at present.

“We know that at some point he will give to the national team,” Carlos Simeone told Super Deportivo Radio.

“He always had respect for Argentina and made an effort to play. He has it in his head to do it. “He still likes working weekly and the day to day, the adrenaline on a Sunday.

He doesn’t want to manage a game with the national team and come back five months later.”

The new La Liga season gets under way on Friday but Simeone will have to wait until Monday for his side to get up and running and they are 2.50 to take the points from a trip to Valencia, with the hosts on offer at 3.00 and the draw 3.20.